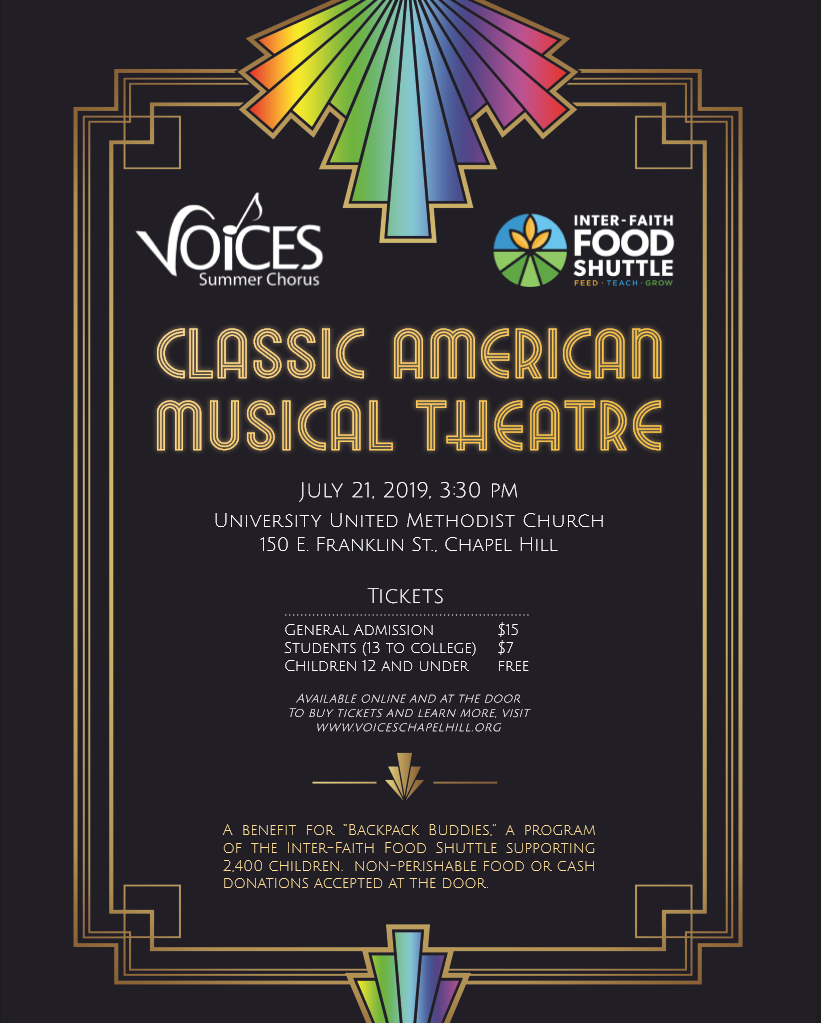 Voices Summer Chorus began in 2002 for people who did not want a vacation from singing during the summer. Typically the summer performance is theme-based and includes guest performers. In the past, the chorus has been joined by Shakespearean actors, a bluegrass band, a Beatles Band, Flamenco and Fred Astaire Dancers, a Mariachi band, a jazz singer, Native American Dancers, African Drummers, poets, and a harp ensemble. 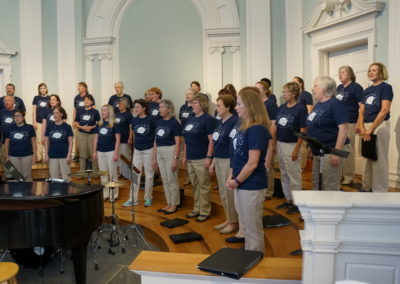 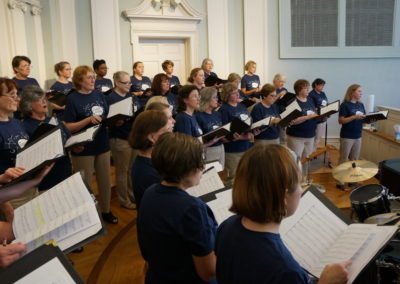 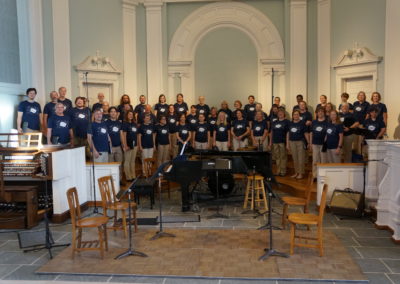 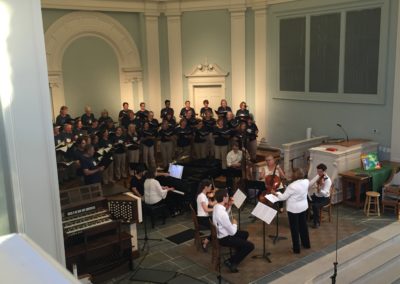